Here is a sampling of feature articles I’ve written for various publications.

From gilded silver paperweights to diamond-and-sapphire studded sautoirs, there is much for a girl to drool over at the Bulgari exhibit at the de Young Museum. The retrospective features 145 spectacular masterworks spanning more than four fashionable decades, including several pieces from Elizabeth Taylor’s personal collection, like the emerald and diamond brooch she wore at her wedding to Richard Burton. READ MORE

Soaring ceilings along with club-like mood-lighting and music, provide an intimate feel, akin to a sexy lounge. While most lobbies are nothing more than cavernous transient waiting areas, the CLIFT’s lobby invites you to sit, sip and stay awhile. Home to a quirky collection of funky, fantastical furniture, the CLIFT boasts the most eclectic and expensive pieces of furniture California… READ MORE

Food… is a multi-sensory experience. A dish’s visual appeal informs our sense of its palatableness. We anticipate flavor based on the food’s color, texture, hue and temperature. Visible cues enable our eyes to “taste” and enjoy the delicious creations we see on television cooking shows and magazines. No doubt about it, food’s aesthetic appeal stimulates our appetite and enhances our eating…READ MORE 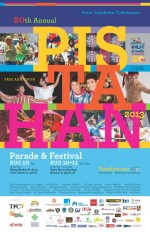 From a minor community celebration organized by a small tight-knit group in 1994, Pistahan has evolved into a massive two-day event featuring a 100+ contingent parade stretching one and a half miles, seven pavilions set over 5.5 acres, and two entertainment stages featuring world-class artists and performers. Pistahan has become a staple of the Yerba Buena Gardens Festival Series, taking its…READ MORE

It’s not very often that I am moved by a piece of art. Coming face to face with this doe-eyed beauty floored me unexpectedly. Almost like reuniting with a long lost loved one after several decades. There was something about the piece that was almost transcendent. And as many before me have wondered, the question once again arose — who is this mysterious girl? What was going through Vermeer’s mind as he painted her? Who is the Girl with a Pearl Earring? READ MORE

I arrive at Beringer Vineyards in St. Helena at 11:45 on a sunny Sunday morning, excited about the prospect of sampling a series of dishes created with the diamonds of the kitchen: truffles. I am here for the third annual Napa Truffle Festival, which brings together leading truffle experts and scientists, celebrated chefs, and truffle enthusiasts from around the world for a weekend of workshops, winery tours, wild mushroom foraging, truffle tastings and gourmet feasts… READ MORE

There is a new trend in the travel industry today, known as Voluntourism — traveling for a cause. Typically cheaper than your standard-issue travel and leisure packages, and shorter than volunteer efforts organized by churches or the Peace Corp, these work tours span the globe and often include excursions to local historical or recreational sites. Combining wanderlust with work, voluntourism…READ MORE

Everything I Know About Social Media, I Learned From Dale Carnegie (GirlPowerHour.com 7/30/12)

Civility, social grace and common courtesy… shouldn’t rules of etiquette in the real world simply carry over to the virtual realm? Why do some people think that hiding behind an online profile excuses them from rude, crude behavior? Manners matter. As Will Cuppy says, “Etiquette means behaving yourself a little better than is absolutely necessary.” Here are nine lessons I learned from Dale Carnegie that guide my social media interactions. READ MORE

The evening begins with a flute of Deligeroy Cremant de Loire Brut Rosé, served on a silver platter by a magnificent masked brunette in a racy black and white French maid outfit. Votives line the steps leading to the front door and candles provide the only illumination throughout the space. It’s our first experience with Our Gourmet Life, an underground invitation-only dinner that has piqued the interest of epicures and hedonists alike. READ MORE

Eat Good. Feel Good. Do Good.” touts Chicago-based LYFE Kitchen. The brainchild of a former investment banker and veteran fast-food execs, LYFE (which stands for Love Your Food Everyday) aims to transform the casual, quick-service dining landscape by offering food that’s fast, affordable, and heart-healthy. The company’s leadership reads like a who’s who of the food, restaurant, and entertainment industry… READ MORE 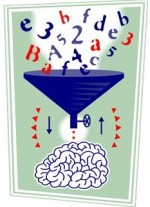 About fifteen years ago, I came across a book entitled “7 Kinds of Smart,” by Thomas Armstrong. Back then, I was dating a guy who went to M.I.T. and Stanford – a certifiable genius, in fact. Despite my MBA, I felt a little, well, dumb, around him. Desiring in part to validate my own intelligence, I decided to read up on the subject. Based on Harvard professor Howard Gardner’s theory of multiple intelligences developed in 1983, the book proposes seven different kinds of intelligences. READ MORE

I finally checked off one more item from my wish list. Food is an insatiable passion, and I’ve often fantasized about having a celebrity chef take over my modest kitchen, creating culinary masterpieces just for me and my significant other.  Just the thought of standing across the kitchen counter a from celebrity chef, watching intently as he (or she) sliced, diced, chopped and created gastronomical magic, makes my mouth dribble. READ MORE

Got a question? Cancel reply

WHERE TO FIND ME